Join Leon in his journey to banish Agito, gain control of the Silver Amulet, and become the next Spirit King of Oasis. Unbelievable hand drawn animation! More than nine special moves. Use scrolls and Spirits to power up your arsenal. Use the forces of six angry spirits to destroy the undead forces of Agito! The action-packed prequel to Beyond Oasis! 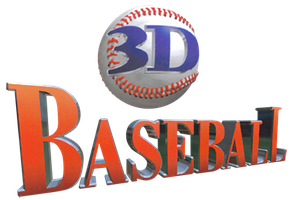 There is no actual narrative to the game. The only introduction is a movie. It shows a completely flat (2D) lemming popping out of a computer's floppy drive, and finding a "3D" button to press, which makes him 3-dimensional. After that, the PC blows up and the (now 3D) lemmings inside it escape. Other movies play after completing each set ...

6inch My Darling is a visual novel romance adventure originally released by KID for Sega Saturn with free for all rating, thus not including adult content. Half a year later, the game was released on PC platform by Airyu with added adult content and altered setting and story elements. The story follows a high-school student, named by the player, who ...

The object of this arcade-type game is to meet a series of objectives, and to do so in such a way that each side will blame the other. The game has a linear structure, based on levels that present tasks of increasing difficulty, and all sorts of hazards and targets are encountered. These include military bases, power generators, land mines, ...

Actua Soccer Club Edition is a re-edition of Actua Soccer, released with the 20 teams of the English Premiership instead of international competitions. New commentary was recorded and some Premiership historical data was included. All remaining aspects of the game were unchanged or just tweaked. The rest of the game is well known to fans of the genre - it ...

An updated version of the original Variable Geo game for the NEC PC9800 which adds three new playable characters, a storyline which features Yuka as the main character (who has a clone), and includes a pair of "True" bosses, the genetically engineered "Hybrid" warriors K-1 and K-2. This game was originally released for the NEC Turbo-CD later updated for Sega ...

Air Management '96 is a sequel/remake to the other games in the Air Management series. Like previous titles, the game is an airline management simulation however graphics and interface have been updated to 3D. Players take control of an airline as it's CEO, and must first select the name, tail logo and home airport of their airline. The game is ...

Airs Adventure takes place in an environment reminiscent of 17th century Europe. The game follows the story of an aspiring knight (default name Henry), who is framed for a crime and is about to be executed. However, the beautiful princess of the country feels mercy and stops the execution at the last moment. As the hero tries to uncover the ...

Akumajo Dracula X: Gekka no Yasokyoku is an entry in the Castlevania series released for the Sega Saturn exclusively in Japan in 1998. Western gamers know this game as Castlevania: Symphony of the Night - the name the PlayStation 1 version of the game and all successive re-releases. It is a direct sequel to Akumajo Dracula X: Chi no Rondo ...

The game follows the adventure of Pike, a young boy whose family was murdered by a horde of monsters while still an infant, and is raised by a family of winged humanoids known as Harpies. Ten years later, his adoptive sister is turned to stone by an evil mage. Together with Cirrus, a talking sword housing the spirit of one ...

Every now and then a game spawned from film hits the mark, and Alien Trilogy captures the gruesome essence of one of Hollywood's best high-tension thriller/action offerings. Simply put, this is an excellent video game and to date it's perhaps the best Doom-clone to bloody the consoles. From the colony of LV-426 to the Alien spaceship (which brought the plague ... 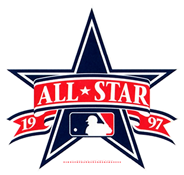 The All-Star Baseball baseball video game series was developed and published by Acclaim Entertainment. The series began in 1997 with the release of All-Star Baseball '97 Featuring Frank Thomas, the successor to Frank Thomas Big Hurt Baseball. New York Yankees play-by-play announcers John Sterling and Michael Kay were the announcers for 1998-2000 editions of the game. The final release in ...

The original game's horror theme has been significantly de-emphasized in the sequel. While there are some supernatural goings-on (Voodoo black magic), the main villains are gangsters and pirates. While the enemies are revealed to be possessed by evil spirits, and are green and zombie-like in appearance, they are far from the shambling walking corpses of the first game, and walk, ...