Mahjong is a game for four players that originated in China. It was called, meaning sparrow in ancient China, which is still the name most commonly used in some southern Chinese dialects such as Cantonese and Minnan, as well as in Japanese. However, most Mandarin-speaking Chinese now call the game mÃ¡ jiÃ ng.

Metal Slug: Super Vehicle-001 is a run and gun video game for the Neo-Geo console/arcade platform developed by Nazca and published by SNK. It was originally released in 1996 for the MVS arcade platform. The game is widely known for its sense of humor, fluid hand-drawn animation, and fast paced two-player action. It is the first title in the Metal ...

Postal III is a third-person shooter video game developed by Trashmasters and published by Akella.[1] It is the third game in the Postal series and is a spin-off sequel to Postal 2.[2] Postal III was released in Russia for Microsoft Windows on November 23, 2011,[3] and in North America on December 23, 2011. Releases were planned for Linux[4][5] and Mac ...

The 4th Coming (abbreviated T4C), and also known in French as La Quatrième Prophétie, is a massively multiplayer online role-playing game (MMORPG) released in 1999 by Vircom Interactive for Microsoft Windows. The 4th Coming was later purchased by Dialsoft, which now sells server licenses and continues to develop the game under the unofficial project name of T4C V2. A Tale ...

A free anime Social MMORPG from Gamania Digital Entertainment. Lucent Heart is free to download and play so sign up now and join the awesome community!

Age of Conan: Unchained is an award-winning and critically acclaimed massively multiplayer online game set in the sexy, savage and brutal world of Conan the Barbarian. Tread in the footsteps of the greatest fantasy hero of all time, and explore the vast reaches of Hyboria. Choose between twelve different classes, from Barbarian to Demonologist, and fight your way to riches ...

The first expansion pack to the hit MMO Age of Conan, Rise of the Godslayer tells the story of an Empire slowly spiraling into chaos, as a consequence of the actions of a young Conan many years ago. After killing the Elephant God in the famous Robert E. Howard story 'The Tower of the Elephant,' strange and horrible things have ...

Age of Conan is set in a low fantasy pseudo-historical ancient world called the Hyborian Age, created by Robert E. Howard. The warlord Conan has seized the throne of Aquilonia, but ancient evils seek to overthrow him.

Following the events of Legion, the wounded Azeroth is bleeding a substance called "Azerite," which has great magical potential. The Horde Warchief, Sylvanas Windrunner, attempts to consolidate Horde power on Kalimdor and gain a monopoly on Azerite (which is primarily found at the southern end of the continent). Her campaign to do so, the War of Thorns, forms a pre-launch ...

World of Warcraft Classic restores the game to the state it was in patch 1.12.1 September 2006, before the launch of The Burning Crusade expansion. The level cap is set to 60, all expansion content is absent, and all the gameplay mechanics of the original version have been exactly replicated. As the game's multiple expansions have dramatically changed the gameplay ...

World of Warcraft: Legion is the sixth expansion pack for the MMORPG World of Warcraft. The story takes place after the events of the previous expansion Warlords of Draenor on the Broken Isles on Azeroth where Gul'dan has awakened the demon hunter Illidan Stormrage. The level cap of 100 from the previous expansion, Warlords of Draenor, has been raised to ...

An ancient evil lies dormant within Deepholm, the domain of earth in the Elemental Plane. Hidden away in a secluded sanctuary, the corrupted Dragon Aspect Deathwing has waited, recovering from the wounds of his last battle against Azeroth and biding his time until he can reforge the world in molten fire.

You’ve ended Deathwing’s destructive rampage and saved the dragonflights from extinction. Now you must unlock the mysteries of the lost continent and discover the dark secrets of Pandaria’s past. Explore ancient kingdoms hidden since before the Sundering, plunder vast treasures from the depths of forgotten vaults, and rise to defend Pandaria from the shadow of a long-buried evil -- before ... 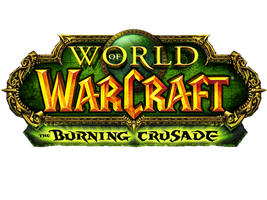 Blizzard Entertainment took online role playing by storm with their hit title, World of Warcraft. With mind-boggling improvements in graphics, gameplay networking, and interface -- really every category -- this game became the crown prince of the genre. World of Warcraft players will be excited by the approaching release of the new expansion pack: World of Warcraft: The Burning Crusade. ...