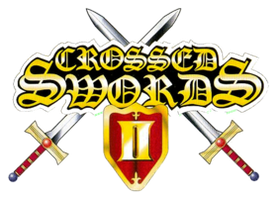 Limited conversion of Original NeoGeoCd Game provided by razoola and neobitz.com. A pseudo first-person game similar to games like Dynamite Duke (Genesis), Punisher (NES), and of course Cross Swords 1 (Neo-Geo). You view your person from the back and enemies come from the background into the foreground where you attack them.The first addition is a cast of three characters to ... 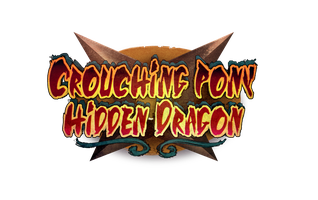 Crouching Pony Hidden Dragon is an indie game of Run and Gun, inspired by Shock Troopers and Ninja Commando, originally scheduled for late 2013. Unfortunately the game has never been completed, and alone remains the playable demo of the first level.

The game is a spiritual and technological successor to Technos' earlier beat 'em up, Nekketsu Kōha Kunio-kun (released outside of Japan by Taito as Renegade), but introduced several additions such as two-player cooperative gameplay and the ability to arm oneself with an enemy's weapon after disarming them. Double Dragon is considered to be one of the first successful examples of ...

Based on the later parts of the Dragonlance book Dragons of Autumn Twilight, the heroes descend into a ruined city in search of the disks of Mishakal. The gameplay consists of horizontal fighting with a maze like map using doors to change the view. The party consists of the 8 Heroes of the Lance, using one at a time and ...

Ghostlop is a head-to-head arcade style puzzle game featuring a unique mix of elements from Puzzle Bobble and Breakout, with a color-switching mechanic reminiscent of Silhouette Mirage and Ikaruga. You aim shots the same way as in Puzzle Bobble, but there are only two main colors of bubbles to destroy--or in this case ghosts. The A and B buttons determine ...

IRONCLAD is a side-scrolling shoot ’em up released in 1996. You maneuver a warship and team with the mighty Iron Clad in order to fight the Iron Mask Republic and save the Kingdom of Chop. Your weaponry includes three main blast weapons upgradable by collecting more items, a charged attack you can use when Iron Clad is attached to your ... 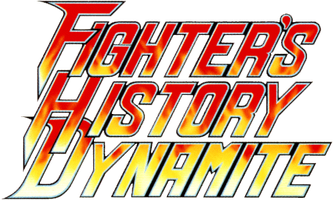 Sequel to Data East's Fighter's History. Two new characters, Zazie Muhaba and Liu Yungmie, can be chosen for play, as well as the bosses Clown and Karnov, who now sports his classic platformer look. Most moves have been tweaked, like Ray's Wheel Kick, and new moves have been added, like Jean's Somersault Flip Kick. Hidden moves, such as Mizoguchi's Shotensai ...

An evil empire from another galaxy is heading towards Earth. Barely 24 hours beforehand, they had penetrated the last line of defense in Earth's galaxy, the Arsion Laser Belt. Millions of innocent people perished in outer space colonies. 70% of earth's fleet was destroyed during first contact. Intelligence reports six days until their arrival. Conventional weapons cannot stop them. The ...

Riding Hero was produced by SNK in 1990. Riding Hero is a motorcycle racing game with three modes of play: W.G.P. mode, R.P.G. (Story) mode, and Multi-Play mode. In W.G.P mode, you pick your bike that you want to use, and then race up to ten world circuits, including France, Germany, Italy, U.S.A, Spain, Sweden, and more. You race against ...

Aggressors of Dark Kombat is another one-on-one street fighting beat 'em up from the Neo-Geo's seemingly endless library of fighters. It pits 8 fighters of different styles and strengths against each other in a tournament to see who's the toughest mofo on the streets of Tokyo. Your objective as usual is to deplete your opponent's health bar within the time ... 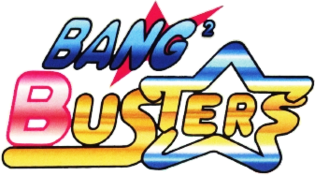 After being called in on a false SOS signal, the two player characters must defeat the villainous Honey's dark army. They do so by shooting them until they inflate, then by grabbing and throwing them at other onscreen enemies. Hitting multiple enemies in a single throw results in more bonus points, and the screen will end after either all enemies ...

Bang Bead is a pong-esq arcade game released in 2000 by Visco Corp. It was released for the SNK Neo-Geo MVS hardware chip set. It is the sequel to 1998's Battle Flip Shot. Two of nine characters square off in a back and forth 2D tennis match. The speed and arc of the Bead was affected by reaction time from ...

Battle Flip Shot (sometimes also referred to simply as Flip Shot) is a 1998 ball-and-paddle game developed and published by Visco exclusively for the arcade cabinet known as the SNK Neo-Geo MVS hardware. It combines the genres of the Magnavox Odyssey Tennis game, Atari's Pong and Breakout arcades, and Nintendo's Spitball Sparky of the Game & Watch series. In 2001, ...

You are given a question and four possible choices. You must pick the correct answer. If you miss three questions, the game is over.

Crouching Tiger Hidden Dragon 2003 propels us directly into the hypnotizing universe of Pirates games 'Made in China'. The introductory sequence also gives the tone: it is composed of small ends of Kof 99 intros, Kof 2000 and Kof 2001! It gives something ugly. With the hacks, it's always the same Rengain: Why reprogram a game to make it worse ...

Up until now, mankind has enjoyed their prosperity. Now they are facing trouble. CYBER-LIP, the state-of-the-art army computer is out of control. The cyborgs and aliens under its control are beginning to attack people. The government calls in Rick and Brooks to destroy CYBER-LIP!

This unique game first surfaced back in 1999. It holds the honor of being the first RELEASED homebrew game for the Neo-Geo system. It is CLEARLY a clone of the game Boulder Dash released back in 1984 by First Star Software. Boulder Dash was released on several game & computer systems, and was well received. The games main objective is ...

Guide Ganryu or a female counterpart on a mission to rescue his girlfriend from an evil ninja. Armed with a sword and a grappling claw, players may pick up weapon power-ups and life bonuses scattered throughout the play levels. 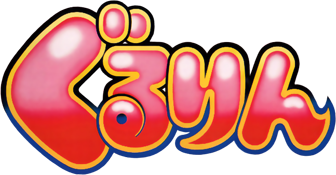 Gururin is a puzzle game with a twist, literally. Most puzzle games of this type involve trying to rearrange things that are falling out of the sky to try and get rid of them. Usually you do that by moving and rotating the pieces as they fall. So one day someone decided why not make a puzzle game where the ...

Originally on Neo Geo CD is ported unnoficially to AES console. Is the second game in the Final Romance series and the first to feature anime style girls instead of digitized photos of real models. It is also the first to be ported to home systems. Like the first, you play strip mahjong against various girls. You can use your ...

Quest of Jongmaster is a mahjong game with role-playing elements. The "RPG mode" follows the story of an apprentice "mahjong warrior", a girl named Chi Fou, who is sent on a quest to defeat monsters that were unleashed on the world. This mode is structured like a traditional medieval top-down RPG, with town and dungeon exploration, NPC interaction, and other ...