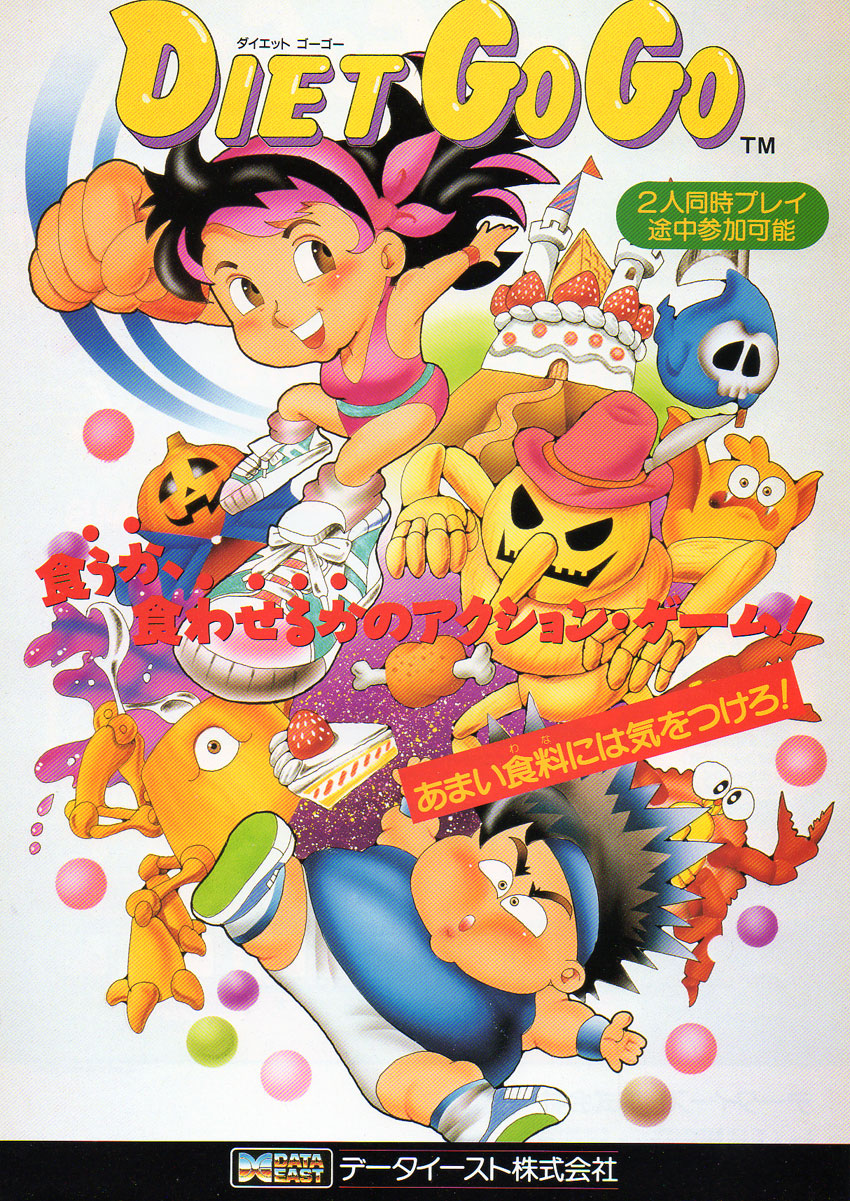 Diet Go Go is a single-screen platform game for one or two players, in which the aim is to clear each screen of monsters and avoid getting fat. Monsters are defeated by throwing food at them until they inflate (get fat), then touching them to burst them, sending them flying around the screen and killing any other monsters they come into contact with. Many monsters also throw food at the players, making them increasingly fat. If players get too fat, they lose a life, although bonus diet sodas occasionally appear and can be picked up to reverse the effect. Contact with monsters who aren't fully inflated is fatal.

When monsters are destroyed, they leave behind rings, gems, power-ups and diet tonic. Power-ups include roller-skates to move faster, compressed air to blow monsters up and increased fire power. Data East coins also appear on each level. If players collect these coins, they shoot up to the top of the screen where a fruit machine display rolls over and dispenses gems, power-ups and rings. If the fruit machine reads 777, a bonus round appears in which players jump on clouds to collect falling gems while avoiding the falling food that will make them fat.

The game starts with one player selecting an area on a world map, then progresses through two levels of play to reach a giant boss on the third round. After the boss is destroyed that world is complete and play moves onto the next. Each world has a different theme and boss.

Holy hell is Nitro Ball a blast to play! Data East took the balls-to-the-walls action of such tit...

Mutant Fighter is a fighter game from Data East that originally debuted in the Arcades. The game ...

The player takes control of a commando who is out to rescue his kidnapped family, including his s...