Drift Out is a rallying video game developed and published by Visco Corporation in 1991 for the arcade cabinets. This driving game will work using a joystick and button for throttle.

Thunder Fox was produced by Taito in 1990. Taito released 403 different machines in our database under this trade name, starting in 1967. Other machines made by Taito during the time period Thunder Fox was produced include Aa Eikou No Koushien, Air Inferno, American Horseshoes, Aqua Jack, Double Axle, Asuka Asuka, Nastar, WGP, Volfied, and Violence Fight. A side-scrolling, two-player, ...

PuLiRuLa takes place in Radishland, a land where time is kept correctly flowing with a time key. However, "a bad man appeared and stole the time key to stop the time flow. The towns were attacked one by one, the time flow was stopped and they received damage", as the English translation explains. Zac and Mel, the playable characters, are ...

Dead Connection is an arcade game released by Taito in 1992. The game takes place on September 5, 1953 "in a big city somewhere". It features a group of detectives who set out to fight a crime family. The game has a strong Film noir vibe, shown through the appearance of the detectives and the featuring of a female protagonist. ... 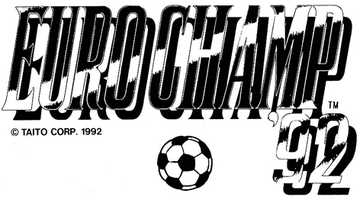 The players are bearded dwarves who must defeat various enemies by using a mallet to stun them. Players can pick stunned enemies up and throw them at other enemies to destroy them. Destroyed enemies leave behind fruit which can be collected for points. Once all enemies are destroyed play proceeds to the next level which is generally more difficult. Throughout ...

There's a kind of knick-knack you may find in dusty games rooms, a maze through which you navigate a marble by subtly tilting the board, dancing with gravity and momentum, deftly rolling your sphere out of dead ends and around the obstacles posed by holes in the board. Marble Madness explores this theme in a fudged 3-D perspective, Cloud Kingdoms ...