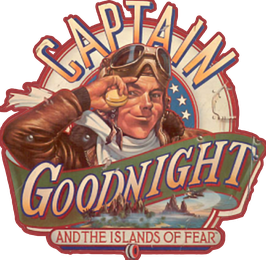 An ultimatum has been received at F.O.G. HQ. The ultimatum: 200 billion dollars in gold bullion must be delivered to Federation of Evil (F.O.E.) agents within the next 24 hours or the free world will be destroyed. The ultimatum is taken very seriously by F.O.G. as the source of the message is somewhere on or near the Fear Islands, the ...

Donkey Kong is an arcade game released by Nintendo in 1981. An early example of the platform game genre, the gameplay focuses on maneuvering the main character across a series of platforms while dodging and jumping over obstacles. In the game, Mario (originally named Mr. Video and then Jumpman) must rescue a damsel in distress named Pauline (originally named Lady), ... 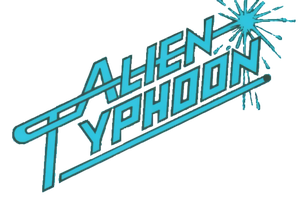 Alien Typhoon is an enhanced version of Apple Galaxian,with more aliens on screen. In essence it is a variant of the arcade game Galaxian. It is a shoot-'em-up where a formation of alien ships attack your lone starship at the bottom of the screen. The aliens peel off from the formation and attack you in different patterns, depending on the ... 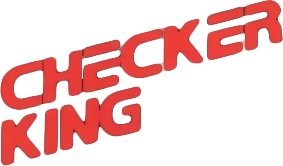 The Prisoner is a 1980 Apple II computer game produced by Edu-Ware. The game was loosely based on the 1960s television series The Prisoner and incorporates that show's themes about the loss of individuality in a technological, controlling society. The player's role is that of an intelligence agent who has resigned from his job for reasons known only to himself, ... 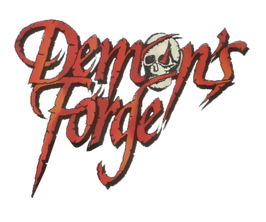 Demon's Forge is the first commercially published game made by Brian Fargo, who was well known for a variety of classic RPG's like Wasteland and The Bard's Tale. The game is a graphical adventure game which places the player in the caverns of Demon's Forge. The game was known for its difficulty due to its esoteric puzzles.

In The Bilestoad, players control "meatlings" that hack and battle with axes and shields from a top-view perspective. The name is derived from the German words Beil (axe) and Tod (death). The odd spelling reflects Goodman's idea of a future language similar to A Clockwork Orange's Nadsat in which English has been modified by the borrowing of foreign words.[1] Although ...

The Railroad Works allows you to construct your own model railroad. Using scenery and shipping/receiving sites, you can make simple and complex layouts. Once you have designed your layout, you can run one or two trains on the layout. The game allows you to choose either steam or diesel engines and has five different types of rolling stock: boxcars, cattle ...

Shamus is a flip screen action adventure game written by William Mataga (now Cathryn Mataga) and published by Synapse Software. Originally released for the Atari 8-bit computers in 1982, it was ported to the VIC-20, Commodore 64, TRS-80 Color Computer, TI-99/4A, and IBM PC. Several of these ports were made by Atarisoft. Ihor Wolosenko, co-founder of Synapse, noted that it ...

The Sesame Street Muppets invite a child player for a spin on the Letter-Go-Round!. By catching and matching letters on a spinning ferris wheel, children practice recognizing and matching letters, simple spelling and word formation. At the start of each game, one of Muppet pets brings out a letter to match or word to spell and drops it on the ...

Serpentine is a computer maze game written by David Snider and published by Broderbund in 1982. The gameplay and visuals are similar to that of the Konami arcade game Jungler, released the previous year. Serpentine was originally written for the Apple II and ported to the VIC-20, Commodore 64 and Atari 8-bit family. The VIC-20 version was licensed to Creative ...

A turn-based strategy wargame set at the dawn of the US civil war, recreating the first major clash between the Confederate army and Grant's forces. The game is played from an hexagonal grid and divided on turns of movement and attack phases, with pre-defined units divided in regiments of different sizes and abilities. You can choose whether to lead the ...

The Arcade Machine allows you to create alien blastfests à la Galaxian. The editor has a wide variety of options: designing and animating enemies, players and explosions, giving the enemies instructions on how to move and fire, drawing background or title screens, creating sound effects and music and setting a number of gameplay rules. Created games can be saved to ...

The Ancient Art of War is a real-time strategy game based on the very basic elements of war: unit types, formation, and strength. The game is set in ancient battle-style times before the use of gun powder, consisting of the three basic unit types of that period: the light armored but fast 'barbarians', the heavily armored but slow 'knights', and ...

Perhaps the earliest "official" version of Scrabble for the PC. This adaptation of the classic word puzzle game allows up to four players with the option of using computer opponents that can compete at 8 different skill levels. The 20,000 word dictionary can be amended by the player to include words not initially recognized by the computer. Other features include ...

The Quest is a graphic fantasy text adventure computer game released in 1983 by Penguin Software. Originally designed by Dallas Snell for the Apple II and was later ported to several other home computer systems of the era. The game takes place in a medieval fantasy setting in the Kingdom of Balema as a dragon threatens its citizens. The player ...

The Playroom is a video game first created in 1989 for MS-DOS, Apple II and Macintosh computers. The game was compatible with the TouchWindow utility. It was ported to the Amiga and FM Towns computers in 1992 and 1994 respectively and then remade for Microsoft Windows and Macintosh in 1995. It was designed for ages 3 to 6 (preschool through ...

Welcome to the sixth century B.C. , and to the New Babylonian Empire. The City of Babylon has regained its once-lost splendor as the capital of a powerful nation. It is a city of surpassing beauty, but an eerie place as well. Especially eerie for you, because you are a Persian soldier with the objective of bringing this powerful giant ...

Snake Byte is a 1982 computer game published by Sirius Software for the Apple II. The game is a single-player variant of the snake concept. That same year, Snake Byte was released for the Atari 8-bit family and on cartridge for the VIC-20. A Commodore 64 version followed in 1983.

Snack Attack is a 1982 video game for the Apple II family of computers, created by Dan Illowsky and published by Datamost. The gameplay mechanics are very similar to those of Pac-Man, which was released two years earlier. The sequel, Snack Attack II, is a PC-only game co-authored with Michael Abrash and published by Funtastic