In the space-colony simulation game Oxygen Not Included you’ll find that scarcities of oxygen, warmth and sustenance are constant threats to your colony's survival. Guide colonists through the perils of subterranean asteroid living and watch as their population grows until they're not simply surviving, but thriving... Just make sure you don't forget to breathe. 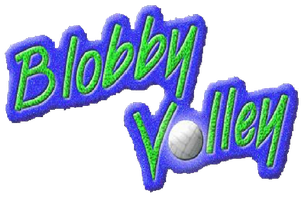 Board game in which there is a character selected by the computer for you to guess. In the screen you see a board with different cards, each one representing a character, the game gives you hints like hair color, sex, eyes color, etc. and you must guide yourself with them and try to guess who the mysterious character is. You ...

µLabyrinth is a puzzle game, where the player should guide an object across a magnetic field, which cells have different polarity. The magnetic field is auto-generated each time the player starts the level. Taking into account the principle of magnetic fields superposition, the player by turns should assign red (south) or blue (north) polarity to the object to make it ...

1 Ton is a freeware game where the player controls a weight of one ton. There are multiple people walking over the screen and the goal is simple: crushing as many of them as possible. This is accomplished by hitting the people with the ton.

In Thousand Miler, you compete against another driver in a grueling 1000 mile race. Like real racers, you must deal with accidents, blown-out tires, and other hazards. But Thousand Miler is not an arcade-style game. Instead, it is a computerized version of the popular card game, "Mille Bournes." Thousand Miler rewards strategy rather than reflexes.

An early variation of the classic Rogue game.

123-Talk is a shareware, single-player, package of educational games whose distinguishing feature is that it provides audio feedback and encouragement to the pupil. Note: The audio is horrifying. The package consists of the following mini games: * Keyboard Banger 123: When it starts the game paints a pattern on screen using a digit in multiple colours, When the child hits ...

The game simulates the 15 Puzzle, a sliding puzzle that consists of numbered square tiles located on 4x4 board in random order with one tile missing. The object of the puzzle is to place the tiles in order by making sliding moves that use the empty space. This game includes the pictures of naked women (originally found in Playboy magazine) ...

A collection of sliding picture puzzles. You can chose from 3x3 or 4x4 grid sizes and select from several pictures, you unlock more as you go. You are scored based on how many moves it takes to complete a puzzle starting with 999 for the 4x4 and 499 for the 3x3 puzzles and counting down.

A sliding puzzle game similar to classic picture puzzle games however instead of completing an image you slide numbered blocks 1 through 16 into order. The game starts with the numbers in a scrambled order, just like in the picture puzzle. There is always one empty square into which you can slide one of the surrounding 4 blocks. The object ...

This New Year 1993-themed game features Santa Claus and his encounter of the third kind. Flying at the bottom of the screen, Santa Klaus throws wrenches from his sleigh to the rockets of two aliens flying at the top of the screen. The only player's action is "to throw a wrench", but it should be done taking into account the ...

1993tris is one of the more innovative Tetris-clones, similar to Columns. Your objective is to kill flies. Blocks consisting of four flies fall down the screen and by turning them you have to try to get three flies of the same colour in a row, a column or a diagonal to make them disappear. From time to time one of ...

1994Pool+ (shareware version titled just "1994Pool") is a billiard (cue sports) game. The game offers eighteen different selectable "weapons" via buttons across the top of the screen: eight different Side/English, Follow & Draw settings and one for the center of the cue ball and nine different vector/point selection type settings. There are also enemies which will destroy your cue ball ...

1995Card+ is a single-player, shareware version of the Japanese game Hanafuda, literally 'Flower Card'. This game is known by other names such as Koi-koi, Sakura, Higobana, Hwatu and is played throughout Korea and Micronesia. This is a card game in which the cards display different pictures and the object is to collect 'families' of cards to score points. It is ...

1998 Amerika is a shareware game similar to Risk but instead of using a map of the world and fighting for countries, this game uses a map of America and the battles are for states. Though this game is based on Risk it does not adhere to the rules of that game, for example when a player wins a battle ...

2048x2048 is an implementation of that omnipresent puzzle game 2048, squashed down to 2048 bits -- that is, 256 bytes of executable code. Being an exercise in sizecoding it is written in assembly language, and the source is included with the game. As with Gabriele Cirulli's original, this is a sliding-block puzzle played on a 4x4 grid, with tiles numbered ...

A straight PC conversion of its card-based namesake, also known as Blackjack: each round begins with a bet, and the goal is achieving the highest hand without going over the value sum of 21. The computer (dealer) and the player both draw cards, and then decide their move - hit or stand, or (for the player) double, split or surrender, ...

2x2 is a game for learning multiplication tables. The game is a Tetris variant. The game takes place in the same manner, except that the player does not stack bricks but digits. The player's task is to choose the correct digit arising from a multiplication operation. If correct, the selection is deleted, if not, it remains. After three correct answers ...

Three Point Basketball is a simulation of the three point shooting contest, seen every year in the NBA All star game and other basketball contests. The game uses a mouse interface, where you determine the power and angle of your shot. Features include a tournament where you try to win the 3 point championship and a practice mode to work ...

In the future, there is no violence. Instead, people play sports, one of which is Ball Blaster: a one-on-one soccer-like game played in hovercraft. Not exactly like soccer, since in Ball Blaster, the goals move, the arena is oddly shaped, and money earned by making goals can be used to buy weapons or powerups. These allow the player to more ...