Super sleuth Edward Carnby has returned for One Eyed Jack's Revenge, the second installment in the Alone in the Dark series. Unlike the original, where he solved the mysteries of a haunted mansion, Carnby battles pirates on the island of Hell's Kitchen to rescue a little girl and put an end to the fearless pirate leader, One Eyed Jack, once ...

In Dead Space 2, you join Isaac Clarke, the Systems Engineer from Dead Space, as he wakes up three years after the horrific events on the USG Ishimura. The Ishimura was a Planetcracker-class starship besieged by grotesque reanimations of its dead crew, known as “Necromorphs.” After unearthing a strange artifact known as the Marker, Isaac finds himself on the Sprawl, ... 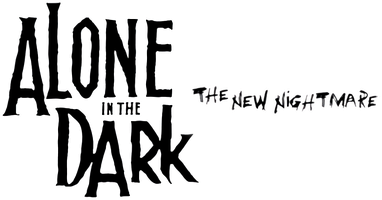 Alone in the Dark: The New Nightmare is the fourth entry in the Alone in the Dark series, continuing the story set up by the previous installments. Charles Fisk has gone missing on Shadow Island and is presumed dead. His good friend, private investigator Edward Carnby, has chartered a plane to Shadow Island to investigate the disappearance of his friend ...

The evil Professor Brains has sent hordes of zombies back to various periods in history to destroy mankind. It's up to time traveling protagonist Barry Steakfries to foil this evil scheme. Age of Zombies is a top-down shooter that will take the player to the prehistory, thirties Chicago, ancient Egypt, medieval Japan and the future. To defend himself against large ...

In 19th century Victorian England, an unknown serial killer brutally murdered five prostitutes between August 31st and November 9th of 1888 and was never caught by the police. He received the nickname of "Jack The Ripper" after the signature from a letter, that was supposedly written and sent by the gloating assassin to the Scotland Yard and printed in the ...

The Lost Souls is a “Escape the Room” game style, with HIGH QUALITY GRAPHICS, many scary scenes and some puzzles to Solve. The game is about a unfinished ritual and that becomes the player goal to finish it.

Following the success of the original PlayStation edition of Resident Evil in 1996, Capcom expanded the game in a number of ports - one of those planned was for the GameBoy Color. In 1999, HotGen Studios, Ltd., a company in the United Kingdom, was selected by Capcom to port the game. HotGen designed the game to be a direct-conversion of ...

The GameBoy Advance version of Resident Evil 2 was a tech demo created in 2003 by Raylight Studios, an Italian company to pitch their Blue Roses engine. By this point in time Capcom had lost interest in the viability of GameBoy ports, and the pitch was rejected.

Shiry? Sensen 2 - War of the Dead Part 2 is a sequel to Shiry? Sensen - War of the Dead. Gameplay-wise, it is quite different from its predecessor. RPG elements such as a "world map", random encounters, heavy weapon and item management, etc. have been completely removed. The game is played entirely from top-down perspective, taking place in various ...

Prior to creating its well-known series of role playing games which include Dragon Quest and Star Ocean, Enix was a niche game publisher which became involved in the creation of pornographic games during the 1980s. Lolita Syndrome was the winning game of the second Hobby Program Contest sponsored by Enix. Lolita Syndrome consists of four "rooms" (scenes), each shaped like ...

This game features your character in a cart rolling side to side to avoid the ghosts that came near you. The game has 30 clue cards and it also has secret cards. Bonus levels are awarded for fastest time navigating through the mansion. The game has spooky sounds and creepy music playing while your in the scary house.

Thirty years after Freddy Fazbear's Pizza closed it's doors, the events that took place there have become nothing more than a rumor and a childhood memory, but the owners of "Fazbear's Fright: The Horror Attraction" are determined to revive the legend and make the experience as authentic as possible for patrons, going to great lengths to find anything that might ...

In Five Nights at Freddy's 2, the old and aging animatronics are joined by a new cast of characters. They are kid-friendly, updated with the latest in facial recognition technology, tied into local criminal databases, and promise to put on a safe and entertaining show for kids and grown-ups alike! What could go wrong? As the new security guard working ...

Welcome to your new summer job at Freddy Fazbear's Pizza, where kids and parents alike come for entertainment and food as far as the eye can see! The main attraction is Freddy Fazbear, of course, and his two friends. They are animatronic robots, programmed to please the crowds! The robots' behavior has become somewhat unpredictable at night however, and it ...

In KILLING FLOOR 2, players descend into continental Europe where the outbreak caused by Horzine Biotech’s failed experiment has quickly spread and gained unstoppable momentum, essentially paralyzing the European Union. Just one month after the events in the original KILLING FLOOR, the specimen clones are everywhere and civilization is in disarray; communications have failed, governments have collapsed, and military forces ...

Richard Osmond came home one night to find a small key sitting on his coffee table and the telephone ringing off the hook. He answered the phone and was greeted with some bad news -- his father's home had caught on fire and the old man was missing. Accompanied by a policeman, Richard returned to the house to investigate and ...