Pick out your favorite spot, drop by the Pro Shop and gear up for TNN's Bass Tournament of Champions. It'll take more than luck to catch the big ones! Test your skills and patience as you sound out bass. Choose your lure and cast your line in an honest to goodness bass fishin' experience right in your living room! For ...

The excitement kicks off at the kickoff in this incredible game utilizing the revolutionary Mode 7 graphics. Choose from Tony Meola and 64 World and City soccer teams in the first icon focused soccer game that facilitates both play selection and playability. Rifle the ball to a teammate then drive your adrenaline-flooded feet up the field. Whoa! Watch the defenders. ...

Master the Winds of Waialae! Step up to the first tee and feel Hawaii's trade winds. This is Waialae-18 holes of championship action, played against the glittering backdrop of the Pacific. Every stroke tests your golf strategy. Should you hit big off the tee or lay up with an iron? Add backspin for bite? Chip-and-roll from the fringe? True Golf ...

Can You Take The Ultimate Test? Welcome to Wicked 18 - the most intimidating, most mind-bending golf course ever devised. It's every golfer's worst nightmare. Mountains that soar hundreds of feet in the air. Canyons that pin you in on all sides. Huge, mysterious objects that hang down from the sky, ready to bat back any high-flying drive. You'll need ...

Can Spike McFang, junior magician and vampire in training, rescure his island kingdom from the evil hands of Von Hesler? Help Spike use his magical powers to conquer the sinister leaders of 9 island areas and restore his father, Dracuman, to power. Spike's weapons? A magical hat and cape that spin at high speeds. Sure, they're unusual, but you have ... 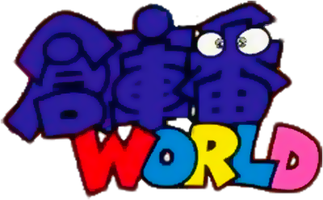 Enter the world of Ultima! Rescue the kidnapped mayors of Britannia as either Shamino the Ranger, Mage Mariah, the Bard lolo or Dupré the Knight. Board and conquer pirate ships, visit dungeons, islands and castles, and solve puzzles in this lively adventure!

In A Land Where Illusions Rule, Only The Avatar Sees The Truth. Ultima The Black Gate is the first chapter of Book Three in the epic Ultima Saga. You become the Avatar, a traveler known for helping the citizens of Britannia in times of need. Your return to the fabled land of magic is shrouded in a bizarre mystery - ...

In this, the first Super NES game in the Ultima series, the Underworld has been destroyed during the rescue of Lord British, and fierce gargoyles have been released! Search for hidden runes while defending shrines from gargoyle attacks. Discover their secret with the magic of the moonstones. Become the key to the salvation of Britannia! If you've ever played an ...

Get ready for furious fighting action with ULTIMATE FIGHTER! The evil enemy made a raid on Rick's master's training school, took symbols and swords away, and left a letter of challenge behind. Rick, having vowed to be a true fighter, took up this challenge to win back the lost items. Sharpen your fighting skills and prepare for devastating, bonecrushing battles. ...

Universal Soldier was in development by a company called Carolco and was to be published by Accolade. The game was actually a sequel to the Manfred Trentz game, Turrican, but the character sprite was changed so that it could be rebranded as a movie tie-in. A rom of what appears to be the complete version of this game exists. The ...

You Are the Last Line of Defense! In the year 2003, geneticists deciphered the code that unlocked the secrets of life. With the new technology, man decided to create the perfect soldier. Something went wrong... Three new life forms, intended to protect and serve, turned on their creators. Brutally savage ORCS, cybernetic androids called CROMES, and genetically-enhanced human soldiers, code ...

The Revolution Has Begun! Humanity has suffered under Kyllen rule for nearly 400 years with no hope in sight... Until now. Having seized control of a Kyllen battle fleet, you must now lead a band of rebel warriors as they take their crusade directly into the heart of Kyllen power. Interstellar space has become a deadly battleground where you will ...