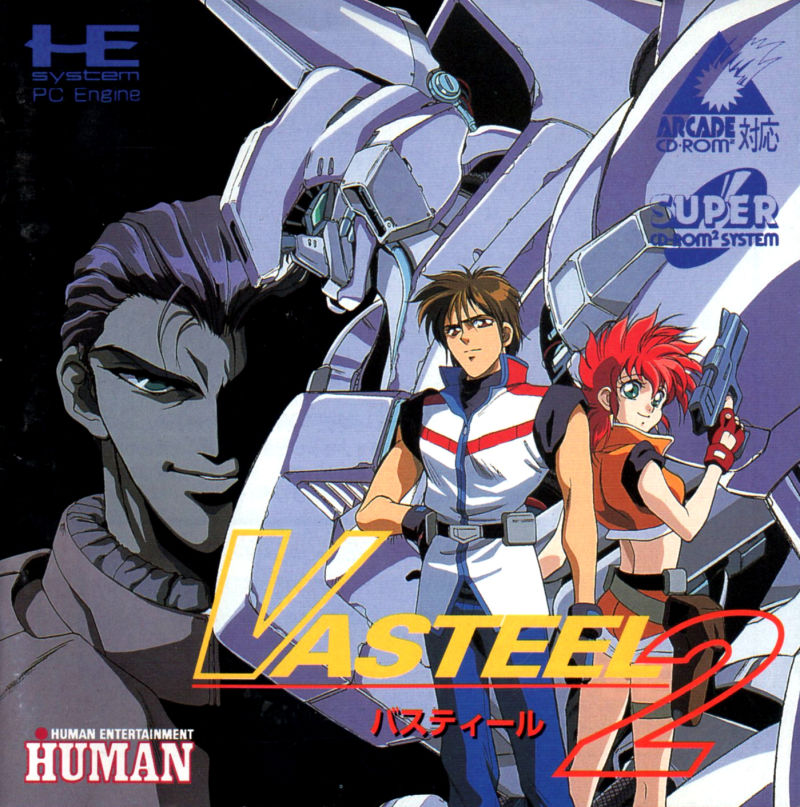 Vasteel 2 is formally a sequel to Vasteel; it is also set in the eponymous fictional, futuristic solar system and deals primarily with strategic battles between robots. However, its story is not directly connected with that of the predecessor. The main hero is a young boy named Voice Knuckles, who enjoys a peaceful life with his mother and his girlfriend Diggy. But the cruel Emperor Agares attacks his planet and destroys Voice's home, killing his mother in the process. The boy swears revenge. Aided by his girlfriend and his friends, he assembles a rebel army from fighters who navigate giant robots, and is determined to defeat Agares at all costs.

The game is more story-heavy than its predecessor, and has more clearly pronounced anime/manga aesthetics. Animated cut scenes occur between the missions and advance the story. Even during the large strategic battles, characters would often engage in dialogue, and scripted events might occur.

The gameplay also underwent some changes. Vasteel 2 is, like its predecessor, a hex-based, turn-based strategy game with robotic combat; however, the action sequences are gone, and the battles now proceed automatically, as in most games of this genre. Robot production and financial management were also simplified or removed. However, the player can choose to use various types of weapons before engaging an enemy in combat. For example, robots can use melee attacks, bipedal tanks can use different laser beams, etc.

Vasteel 2 is formally a sequel to Vasteel; it is also set in the eponymous fictional, futuristic so…