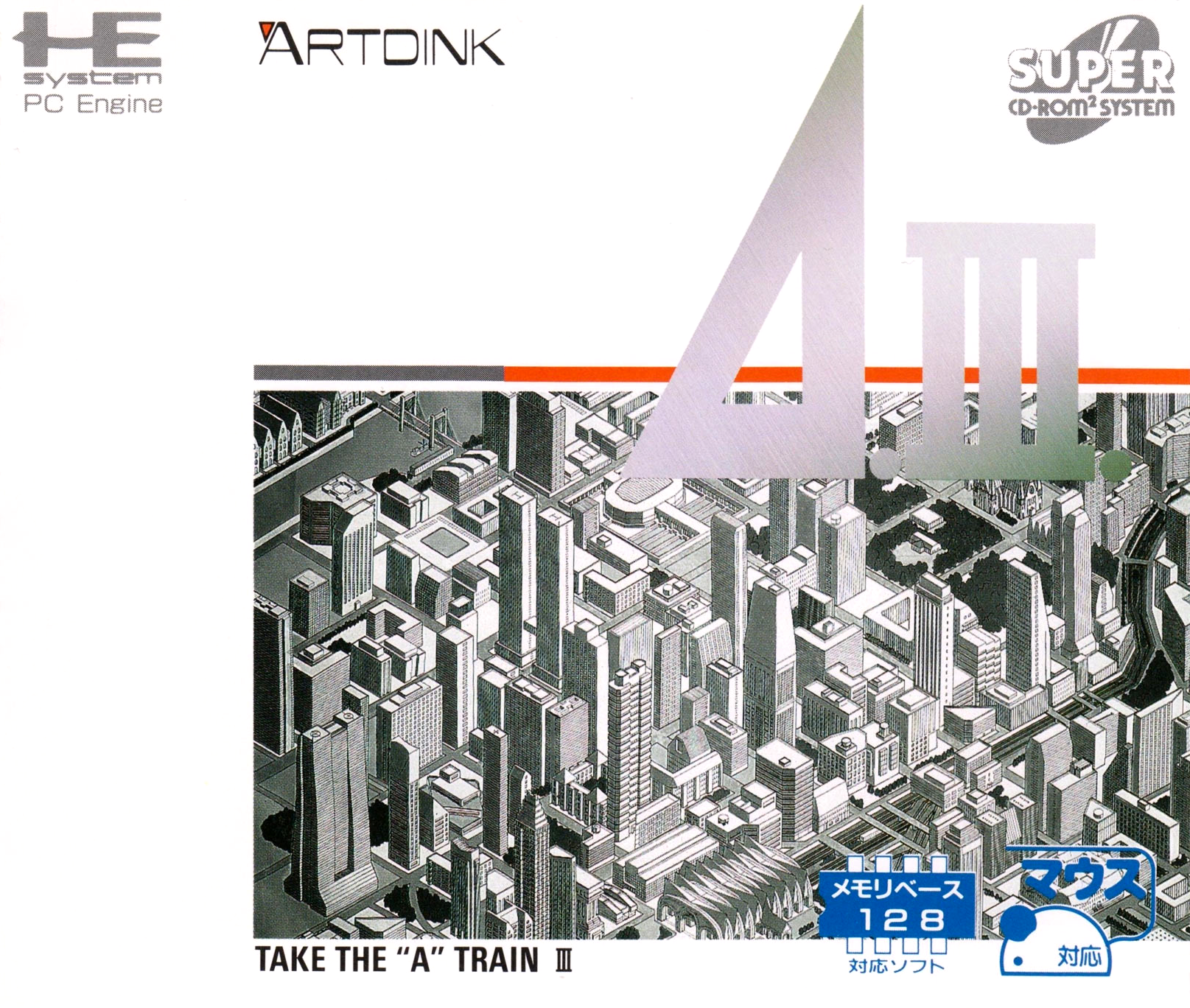 AKA Take the A-Train III

Play the part of the head of a railroad company, with the aim of creating a railroad empire, providing a successful mass transit system that will be an inspiration to the rest of the world. Another goal is to provide the impetus for a chosen city to develop. There are a number of different places to set up business each with different layouts and existing houses and businesses.

The main money earners are passenger trains, that can be scheduled to pick up passengers at the times of day when the demand is high. However, in the long term you need the city to develop. This requires setting up trains that transport resources to where they are needed. These resources are used to build houses, and other buildings, increasing the number of passengers for commuter trains.

As the city develops, new businesses will spring up, such as stadiums, high rise office blocks, and ski resorts. The player may also build own businesses, the success of which will depend on the local population, the presence of competing businesses, and even the changes of the seasons, among other factors.

The stock market is also another way of making money. The player may also watch the seasons come and go, with snow visible in winter, and fireworks displays celebrating the New Year.