Dominating the exciting world of Theme Park ownership is your goal in this strategy game from Bullfrog. The first task is to set up your rides within the available land, structuring convenient paths and queues and ideally leaving some space for bigger rides once they become available, and include some lakes and trees to increase the park's allure. Rides range ...

In a grim future where a once-benevolent alien technology has turned against humanity, only a ragtag group of ace pilots can save the Earth from total annihilation. Code name: Thunder Force! Witness the first 32-bit installment of the massively popular shooter series! Five spectacular weapons with multiple power-up levels let you blast through waves of metallic predators, and look good ... 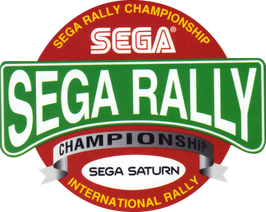 Sega Rally Championship is a 1995 racing game developed by AM3 on the Sega Saturn. The unique selling point of Sega Rally was the ability to drive on different surfaces (including asphalt, gravel and mud), with different friction properties, with the car's handling changing accordingly. As the first racing game to incorporate this feature, Sega Rally is considered to be ... 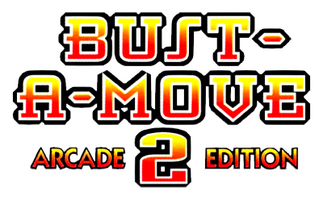 Puzzle Bobble 2 is the first sequel to "Puzzle Bobble". It was entitled in Europe and North America as Bust-A-Move Again on the arcade and Bust-A-Move 2 on the home consoles. Released into the arcades in 1995, PlayStation, Sega Saturn, Nintendo 64 and PC conversions followed. The game was included in Taito Legends 2, but the US arcade version was ...

The main game takes place on an Oahu Hawaiian island where player travels from Japan and solves animated jigsaw puzzles within the allotted time in order to unlock the next level. Aside from starting point in Japan, there are 15 move levels scattered across Oahu island. Levels are made in a way to tell the traveling story of Kimika and ...

The game takes place 4 months after the events of Super Robot Wars 3. A special, but shady, secret police force, the Titans, are created in response to terrorist acts and internal trouble between the Earth and its space colonies. Meanwhile in the shadow old and new enemies menaces Earth: they are the Poseidals (aliens from outer space), the Guests ...

Super Robot Wars F Final (or "Super Robot Taisen F Kanketsuhen") picks up where Super Robot Wars F left, starting at stage 35. F and F Final were originally thought as an unique game, but production delays made the producers decide to split the game in two parts. This game features the first appearance of Mazinkaiser (created by contaminating the ...

Air Management '96 is a sequel/remake to the other games in the Air Management series. Like previous titles, the game is an airline management simulation however graphics and interface have been updated to 3D. Players take control of an airline as it's CEO, and must first select the name, tail logo and home airport of their airline. The game is ...

Koei's Angelique games are among the few examples of dating-oriented titles aimed at female players. Typically, the heroine is a girl who wants to become a queen in a magical land, and can find the love of her life in one of the male Guardians. 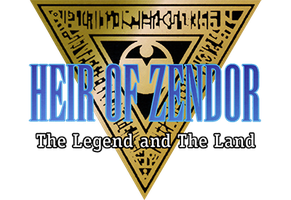 Heir of Zendor: The Legend and The Land is a turn-based strategy game and a sequel to Gotha: Ismailia Seneki. The game is set on Zendor, a planet with floating continents thanks to anti-gravity ore. The most important resource is water, which after the Great Wars still remained only in the continent named Terra Sancta. The player assumes the role ...

Nobunaga's Ambition II is the sequel to Nobunaga's Ambition. The setting is 16th century feudal Japan, a period when ruthless daimyo (feudal lords) contended with each other for dominance. Ultimately, the winner in this struggle will become Shogun and hold actual power over the islands, while being nominally subject to the Emperor. The game casts the player as one of ...

P.T.O. II (Pacific Theater of Operations), released as Teitoku no Ketsudan II (?????II?)[4] in Japan, is a Koei strategy video game that depicts the conflict between the USA and Japan during World War II.The video game is a sequel to P.T.O.. It was originally released in 1993 for the NEC PC-9801 and had been ported to various platforms since, such ...

Romance of the Three Kingdoms V is the fifth game in the popular turn-based strategy game series, based on the classic medieval Chinese novel "San Guo" ("Three Kingdoms"). The novel, written by Luo Guanzhong, is perhaps the most popular classic book in China and all countries influenced by the Chinese culture (such as Japan). Its events occur in the third ...

In the 12th century, the Emperor Hui Zhong is faced with an internal rebellion led by Imperial Minister Gao Qiu. The Song Dynasty comes to an end, and Gao Qiu became the new ruler. You take the role of an exiled ruler, and you must build your stats up to be able to challenge- and destroy- Gao Qiu and restore ...

PTO II is a KOEI game that depicts the conflict between the USA and Japan during World War II. The player takes control of the Navy forces of both nation, and tries to outsmart each other.

Winning Post lets the player take control of a stable of horse, breeding and training them for the ultimate goal, to win the French Grand Prix. The player can hire breeders, trainers and jockeys and race in over 240 different races to earn more money to buy even better personnel and breed faster and stronger horses as well as keeping ...