This is a graphical adventure in which you play the part of Zorakk and take control of his loyal warriors. Your quest is to obtain the three parts to the crown of Ultimate Darkness. Each part of the crown is located in each of the three lands of Ramagold, Lannia - a greenland, Durnin - a desertland and Zarthynia - ...

Ziggy was developed by Dean Lester and published for the BBC Microcomputer by Audiogenic Software.

Zenon is a video game developed by Ian Collinson and published for the BBC Microcomputer by Impact Software. It's a side-scrolling shooter comprising of 250 levels. You have 4 lives to complete each of the levels which are approximately 10 times the length of the screen. To complete a level, you must generally keep moving to the right whilst avoiding ...

Zarm was published by Micro Power (aka Program Power) for the BBC Microcomputer. When the game starts, your craft is situated inside the mothership, which glides from one side of the screen to the other above the orbiting asteroids. Press the 'Release' key to open the airlock to release your craft and start you on your descent to the planet ...

Zap! is a straightforward shoot-'em-up which puts you in charge of a lone spacecraft. The aim is to conquer as many zones as you can by either blasting the bad guys out of existence or avoiding them and all of their bullets. It was developed by Jamie Woodhouse, the author of Qwak. 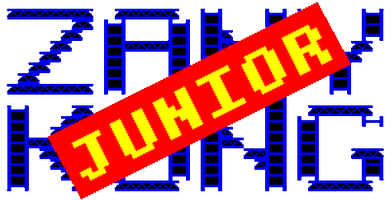 The evil Morris has kidnapped Zany Kong. Your objective is to collect the keys to release him from the steel cage in which Morris has him imprisoned. You must collect the keys before your bonus reaches zero. Avoid the Snappers, the Aardvark Birds and the electric spikes, or try and squash them by dislodging the apples and pineapples.

Zalaga is a computer game by Nick Pelling. It was developed and published by Aardvark Software and re-released by Alternative Software for the BBC Microcomputer and Electron. Zalaga is a fixed screen shoot 'em up that is almost identical to Galaga. It can be played by one or two players with either keyboard or joystick. An operator mode allows the ...

Yie Ar Kung-Fu II (long name Yie Ar Kung Fu II: The Emperor Yie-Gah) is a sequel to the MSX / Famicom (NES) version of Yie Ar Kung-Fu, rather than the versions directly based on the arcade release. The sequel has a 2 player mode. The BBC Microcomputer version was published by Imagine Software.

Yie Ar Kung Fu is an arcade game developed by Konami. It was ported to a number of home computers. It was converted for the BBC Microcomputer by Peter Johnson and published by Imagine Software.

A week in the life of the British Prime Minister. But not just any Prime Minister, this game puts you in the shoes of Prime Minister James (Jim) Hacker from the classic BBC television comedy "Yes, Prime Minister". Much like most political simulations, you must balance your popularity with the needs of your party, the meddling of foreign governments, and ...

The player controls two shields, Magus and Questor, which can be moved horizontally and vertically though the maze, in order to collect masks. The object of each level is to collect all the masks, then reach the exit. In all levels, use of both shields are required for completion, and in some, one shield must be sacrificed (walled in or ...

This game consists of two separate text adventures. Xanadu Cottage: This adventure has no stated objective. You begin in a deserted cottage from which you start exploring. As with most adventures, there's an underground maze to be mapped. Beware, this labyrinth is unusual in that dropping an object to serve as a room marker will fail, the object falls into ...

This was a Hunchback type game for the BBC Microcomputer and Acorn Electron. It was originally written by Gary Partis to experiment with 'sideways scrolling' using the 6845 CRTC chip, but became a commercial product and was published by Icon. The variation was that instead of a huncback it was a Chinaman on a pogo stick. It was originally called ...

Woks is a platform game published by Artic Computing for the BBC Microcomputer. Many years ago the tyrant emperor, Who Dun Pong, decided his subjects were getting too fat. To defeat the flabby uprising he told his guards to go throughout the land and confiscate everyone's wok and stop people from eating unhealthy, fattening, greasy food. Emperor Pong hid all ...

Wizard's Challenge is a text-only adventure where you wander through the fantasy world in search of the 12 treasures which the evil wizard has ordered you to find and bring to him. You have to travel through more than 100 different locations and solve over 50 problems to achieve this goal.

Wizadore is a computer game developed by Chris Roberts (then aged 16 and his first commercially successful game) and released by Imagine Software in February 1985 for the BBC Microcomputer. As a marketing ploy, a monthly prize of £100 was offered to anyone who completed it (up to the end of August 1985).

The game consists of six events from the Winter Olympics: bob sled, speed skating, ski jump, giant slalom, ski slalom and biathlon. There are three heats in each, the best score out of the three deciding which medal you get in each event.

A Joust style game where each player rides an ostrich. The aim is to knock the enemy riders off by jousting. A defeated enemy will revert to an egg. Eggs must be destroyed to prevent them from hatching.. Beware the lava at the screen bottom.

Eight invaded townships must be brought back under your control in this Commando-style shoot 'em up, which progresses vertically using a flick-screen system. You are armed with a rifle and five grenades, and must not only kill off the enemy forces, but also rescue your comrades who have been tied to trees along the way. You begin at the bottom ...

White Magic is a Gauntlet type RPG which is viewed from above. The objective of the game is to complete all of the 32 levels. The ultimate aim is to do this without using the jump level option. In order to complete a level you must collect all of the treasure and then find the key to the exit before ...

Wet Zone is a video game written by Jason Sobell and Kevin Blake, and published for the BBC Microcomputer by Everiss Software. E-Lanes are the most despicable excuse of a life-form in the universe. They are nearing their goal of invading the mother planet - Earth. You are the pilot of the last remaining space interceptor. With luck and skill ... 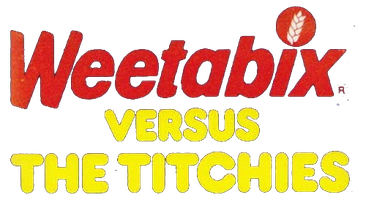 In the 1980s, breakfast cereal manufacturer, Weetabix created a British TV advertising campaign for their cereal, turning the Weetabix biscuits into characters called Dunk, Bixie, Crunch, Brains and Brian. This led to a computer game starring Dunk and his mission is to destroy all the Titchies who have set out to destroy the biscuits themselves. Based on Space Invaders, the ...

A 3-D vector graphics space shooter along the lines of Tempest. To complete each sector of the Web you must initially destroy 20 aliens. However, to test your skill, this will be increased by one after every 16 sectors have been cleared. The Web has 256 sectors to be cleared, and each will be marginally faster than the previous one.