King Of Gladiator is a Pirate Version of The King Of Fighters '97... Modified title screen, maximum power bar from the start of the fight, 51 selectable characters including Iori and Leona available in Orochi mode, the Boss Orochi, versions different characters of some protagonists (Kyo, Benimaru, Terry, etc...) as well as "sexy" versions of some female characters (Mai, King, ...

Patched version of Metal Slug 2 that removes slowdowns related to a bug in the Framerate Lock at 30fps (if 1 frame is missed, a second frame is also missed, which slows down the game). The Turbo version is 8% more fluid than the normal version.

Vektorlogic is an arcade distributor located in the United Kingdom. Their first NEO-GEO title, Neo Sparks, was announced in 2000, but then later cancled. Recently, they made new announcements for some more upcoming titles, one of which was actually released and made available. Super Bubble Pop, a 3-dimensional action/puzzle game came out on May 14, 2004

Xeno Crisis is an arena shooter in which up to two players take control of battle-hardened marines embarking on a deadly mission to confront an alien menace and get home alive! Run and gun your way through thousands of adversaries as you explore the research outpost, searching for survivors, and ultimately confronting the origin of the outpost's demise. Featuring seven ... 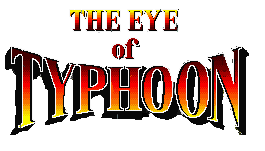 Game originally planned in 1996 by Viccom, this game will finally come out until 2022, taken up and finalized by Ozzyouzo.

Indie game coded by CeL in 2010, Neo Pang is a puzzle game inspired by the famous Pang! from Capcom. It takes up the graphics of Metal Slug, Puzzle De Pon Musics, and is therefore not a 100% original game. That said it is functional and the gameplay is OK if you like to break bubbles. Initially distributed by CEL ... 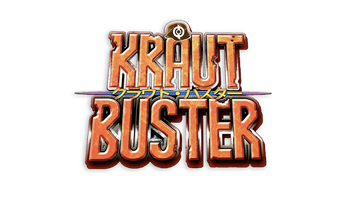 Kraut Buster is an Indie Run'n'gun game highly inspired by the Metal Slug series, released in 2018 on MVS then AES in 2019. Certainly the most complete Indie game in the 2000-2020 era, to be tested absolutely. Fans of Metal Slug must necessarily make a first effort to overcome the obvious resemblance, before they can appreciate the quality of the ...

Gunlord is a run and gun game reminiscent of Turrican where players assume the role of Gordian Gaiden across nine non-linear stages set in the planet Kairos II. Its plot takes place after the events of Last Hope, where the evil empire was destroyed by pilot Vanessa Gaiden and although she escaped, her victory was short-lived as she never made ...

Last Hope: Pink Bullets is a director's cut reprint of Last Hope. An evil empire from another galaxy is heading towards Earth. Barely 24 hours beforehand, they had penetrated the last line of defense in Earth's galaxy, the Arsion Laser Belt. Millions of innocent people perished in outer space colonies. 70% of earth's fleet was destroyed during first contact. Intelligence ... 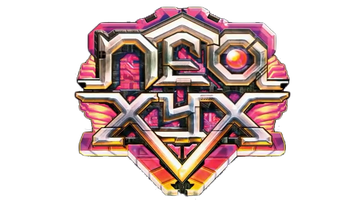 NEO XYX is the first TATE Maniac Shooter on NEO·GEO.

Super sound tape, quality graphics, nice gameplay, this shooter indie game on Neogeo has everything to remember the biggest names of the genre. Too bad there is no 2 players mode, yet present in the classics of the genre like Blazing Star.

Neotris is an indie game inspired by Tetris, oriented clearly towards the game in multi-player. Up to 4 players are also supported through the multi-tap accessory designed for the game.

Columns is a clone of the game of the same name, ported by Jeff Kurtz in 2002 on NeoGeo. However the port has not been completely done, and the game unfortunately does not have sounds, for that, go your way.