Dancing Stage Party Edition is a home video game in the Dancing Stage series, the European counterpart to Dance Dance Revolution Konamix. It was released in 2002 by Konami, as part of their family-oriented 'Bemani' series. 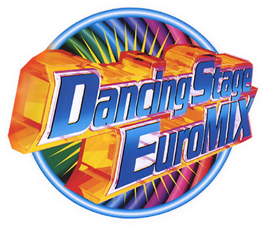 Dance Dance Revolution is one of the first U.S. releases in the developing genre of dancing simulations. Gameplay follows the basic design common to most music and rhythm games (also known as 'Bemani' games), as onscreen cues direct the player to hit different buttons in time with the music. While it can be played with a regular PlayStation controller, the ...

The only WonderSwan game published by Konami, consist of 11 songs, including an special song. Similar to some pocket games of the same franchise, it wasn't developed by Bemani. Despite the few songs, and the screen have a LCD appearance, the original audio was retained, turning it superior to the Game Boy Color versions, which sound was converted to chiptune. 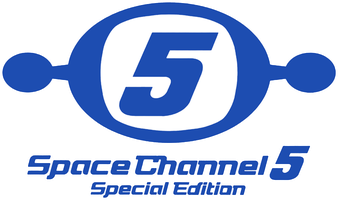 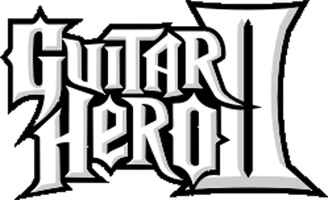 Guitar Hero II, the follow-up to the PS2-only game Guitar Hero, expands upon the gameplay and features of the original game. As a wannabe rockstar, you need to play songs by pressing combinations of five fret buttons on a guitar-shaped controller, while working the strum bar, along with an optional whammy bar for distortion. The sequel contains 64 songs, of ... 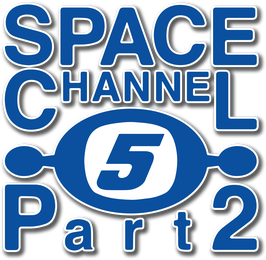 Allows you to connect a portable music player, CD/MD player, or compact audio system to the XaviX PORT for a workout that moves to your music. Modes include: Music Exercises, Circuit Exercises and Aerobic Exercises.

You can learn, play, compose and record music with: CREATIVISION'S MUSIC MAKER You have 4 instruments to work with! Your MUSIC MAKER contains 4 instruments. Piano, violin, flute and cello. Whenever you turn the power on or press the reset button, the MUSIC MAKER automatically selects the Piano and a nominal temp. Change instruments! To change the instrument which you ...

Pop n Music 20: Fantasia is a game in the Pop'n Music series of video games from Konami. Gameplay is identical to other games in the series. The Pop n Music controller features 9 buttons organised in two rows. After you select a song, the screen will show 9 coloured pop notes descending towards the timing bar. You must watch ...

Pop'n Music 19: Tune Street is a game in the Pop'n Music series of video games from Konami. Gameplay is identical to other games in the series. The Pop'n Music controller features 9 buttons organised in two rows. After you select a song, the screen will show 9 coloured "pop notes" descending towards the timing bar. You must watch the ...

Pop'n Music 18: Sengoku Retsuden is a game in the Pop'n Music series of video games from Konami. This version is themed around the Warring States period in Japanese history. Gameplay is identical to other games in the series. The Pop'n Music controller features 9 buttons organised in two rows. After you select a song, the screen will show 9 ...

Pop'n Music 17: The Movie is a game in the Pop'n Music series of video games from Konami. This version includes lots of new songs and there is also a new song selection screen. Gameplay remains the same as in previous titles. The game features both popular licensed songs, and original Konami songs, features E-AMUSEMENT support, and can be played ...

Pop'n Music 16: Party is the 16th game in the Pop'n Music series, and is part of the Konami Bemani series of music video games. Pop'n Music 16 features over 700 songs. This includes songs from previous versions, plus more than 40 new songs. The game features both popular licensed songs, and original Konami songs, features E-AMUSEMENT support, and can ...

Pop'n Music 15: Adventure is a game developed and published by Konami, which was released in Japan in 2006. The Game features 40 new songs and a new interface with bright colours and a tropical island theme. Also new in this version is a clearance menu for completed songs. Gameplay is identical to other games in the series. The Pop'n ...

Music Gun Gun 2 arcade machine is a hybrid Music and Shooting game from Taito. This sequel features over 100 songs, including newly created music from a lineup of musicians. In the game, one or two players can select a song from a catalog of over 100 songs and gun down monsters that spawn according to that song's beat. The ...

BeatmaniaIIDX 20 Tricoro is a music video game and the 20th installment of the Beatmania IIDX series of video games. Beatmania IIDX 20: Tricoro retains the basic game play since the start of the series, in which players hit notes that fall from top of the screen using either keys or turntables that need to be scratched, which will fill ...

Beatmania IIDX 18 Resort Anthem is a music video game in the Beatmania IIDX series of games by Konami. There are some changes made for this series. The song wheel is now circular rather than vertical, similar to the one on Dance Dance Revolution. 2 new modes are presented, Premium Free Mode, a mode where the player plays for 8 ...

Beatmania IIDX 17: Sirius is the 17th installment in Konami's Beatmania IIDX series of music video games. The main motif of Sirius's UI is astronomy, as the game is named after Sirius, known to be the brightest star in the night sky. Sirius adds two additional note types to the game, "charge notes", or Hold-me Notes which must be held ...

Welcome to a brand new era of rhythm! Let Vibes take you on a heart-pounding, button-bashing journey through a huge variety of music tracks. Your accuracy, timing and finger speed will be taken to the limit in this unique test of rhythm. Follow the pattern of music and chase the big combos and high scores! Amaze yourself by beating all ...

The Colors of Modern Rock is a disc containing six music videos, published by Sega and Warner Custom Music, which can be played through the Sega Mega-CD, and was available through a special mail-in offer from Sega. It was developed by Digital Pictures as part of a planned series of titles called Virtual VCR, also set to feature Prince and ...