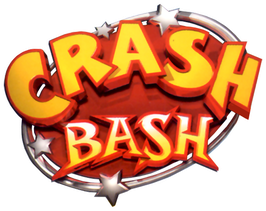 Crash Bash is a multievent party game in which four people can play several minigames as characters from the Crash Bandicoot series.

Magical Date: Sotsugyo Kokuhaku Daisakusen (まじかるで～と 卒業告白大作戦) is a skill game and dating sim published by Taito in 1997, as an updated version of Magical Date: Dokidoki Kokuhaku Daisakusen. In this game, the player picks one of three possible girls to date and then starts off in a square as in a board game, proceeding to other squares which have ...

Pokémon Party Mini is a collection of several minigames, including: Hitmonchan’s Boxing, where you shake the system to ‘punch’, Pikachu’s Rocket Start, a game where you have to launch off a starting line before another Pokémon, Bellossom’s Dance, a DDR-like game, Chansey’s Dribble, kick the ball to the finish line as quickly as possible, Slowking’s Judge, predict if the tennis ...

Pichu Bros. mini is a collection of minigames similar to the earlier Pokémon Party mini. This game is based on the Pokémon anime, focusing on the titular Pichu Bros. and the Pichu Posse (a gang that consists of the Pichu Bros. and their friends that they regularly go on adventures with). The games include a skateboarding game where one of ... 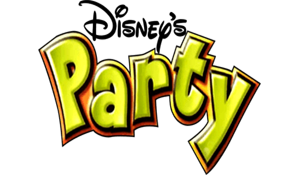 Uncle Scrooge has invited you and a whole cast of Disney characters to visit his new Party Park, which he designed himself with all of his favorite youngsters in mind. Disney's Party drops you into the mix with Mickey Mouse and friends to embark on challenging adventures that include collecting magical objects, solving puzzles, and maneuvering through obstacle courses. Each ...

Players move their dot to symbols on the overlay to fill out their "Win card", while their dot is invisible until the reset button is pressed.

This game falls into the "seek and go to" category of Odyssey games in that a player must determine where to go on the screen and get there before their opponent does. Percepts comes with two decks (Purple and Green) of 15 cards each, an Überlay (both sizes) and a set of instructions. There are two Percepts games described in ...

You play as the mouse trying to avoid the cat by moving side to side and hiding. The cat claws and scratches at you as you move around. You also have to watch out for mouse traps especially the big ones which kill you. The cat gets faster as the game moves forward and the fame is set on a ... 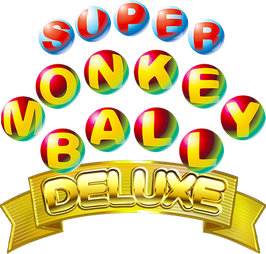 Scene It? Box Office Smash is the sequel to Scene It? Lights, Camera, Action on the same platform. It is a party trivia game adaptation of the DVD-based party game of the same name. It is offered a solus title to comes bundled the 4 Big Button Pads that were also included with the previous game. Scene It? has 22 ...

Released in the 2009 holiday season, Scene It? Bright Lights! Big Screen! is a game show-styled trivia contest, featuring more than 2,800 questions based on contemporary and classic cinema. Players compete to provide the most correct answers to a series of questions and brain-teasers, which are often based on video clips or stills taken directly from feature films. After watching ...

Rayman Raving Rabbids, known in French as Rayman contre les Lapins Crétins (literally meaning "Rayman against the Moronic Rabbits"), is a spinoff in the Rayman series released by the company Ubisoft as a Wii launch title. The game consists of 75 minigames. The game is primarily designed with the Wii Remote in mind, but is also available on Game Boy ... 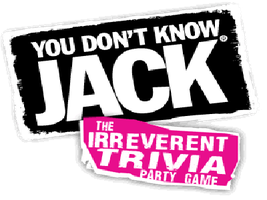 The You Don't Know Jack series has been testing players' smarts and making them laugh for years with its unique trivia-based challenges and in-your-face style of gameplay.

With the help of Wreck and Tinker, travel the land and destroy 60 castles infested with Goblins using six magical projectiles. Aim and fire each shot and then control it in mid-air, activating special powers and guiding them toward their target. Utilize an arsenal of Flying, Explosive, Splitting, and rocketing Speed shots to explore the infinite ways you can wreak ...

Scene It? Movie Night is your ticket to an exciting movie trivia showdown, packed with clips from your classic favorites and the biggest box-office blockbusters. Show off your cinematic know-how with friends and family through 14 brain-twisting puzzle categories, and prove you’ve got what it takes in a fast-and-furious multiplayer showdown. Scene It? Movie Night includes Mega Movies, an action-packed ...

The popular DVD board game makes its first appearance on Xbox 360 with Lights, Camera, Action. Over 1,800 original movie-themed questions are available across two game modes: Play Now and Party Play. Packaged along with the game are four custom wireless controllers featuring large colored buttons so players can quickly submit or "buzz-in" a multiple-choice answer before their opponents. Featured ...